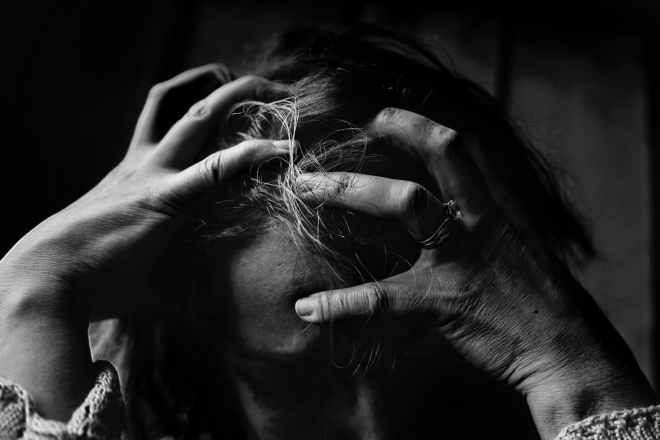 When I think back and try to work out why I’ve ended up suffering with the illness that I do – and how, at the ripe old age of 38 I’ve ended up signed off  from work long-term and dosed up on a cocktail of anti-depressants and anti-psychotics just to keep me unscathed and alive for another day – it’s hard to come up with a definitive answer.

I first became aware of my mental health issues when I was around 23. I’d spent around a year or so out of work and then bounced around from dead end job to dead end job. Eventually I ended up getting a job at a bed showroom, just down the road from where I was living at the time. I had no interest in beds of course other than sleeping in them. But I felt under immense pressure to work so I decided to give it my best shot and give it a chance. Though really I was just running on autopilot to try and keep other people happy. Inside I was suffering badly. I felt like I’d had enough, like I had no future and nothing more to give. If this was what my future was going to be like then what was the point in carrying on?

I picked up a pair of sharp scissors from my desk and stared at them for a couple of minutes. “Would they do the job?” I thought, turning them over and over in my hands. And then I felt an urge. A strong urge to hurt myself. To go beyond hurting myself even. To end things once and for all. To end my life and stop the internal pain and misery that I’d been putting up with all my life. All the years of bullying I’d suffered with during my school years. All the pressure I’d felt from each and every direction to be something that I wasn’t. All the hurtful words and lack of understanding from my family. None of it would matter anymore. I wasn’t important. Nothing of my feelings mattered to those people anyway because if they did they wouldn’t keep punishing me.

I turned the scissors so that the sharp ends were facing my chest, my heart specifically and took a deep breath. This was it. Enough was enough. No more suffering. No more putting up with being made to feel insignificant or worthless. One swift move and it’ll all be gone.

I got half way through my countdown and…. I bottled it. I dropped the scissors and picked up my phone instead and called my partner for help.

I was in a bad way. I was frightened. I had absolutely no idea why I had even thought about doing what I had done. It was as if something or someone had taken control of my thoughts and actions and left me powerless and incapable of rational thinking. Would I actually have gone through with what I had planned to do? I think I might have done, and that scared the shit out of me.

I never went back to that job again after that incident. It wasn’t doing me any favours in terms of my own sanity and mental health. I phoned the area manager that had taken me on initially to explain why I wouldn’t be continuing my employment there and he completely lost his rag with me, accusing me of wasting his time and messing him about and how he wouldn’t be paying me for the days that I had worked.

I hung up on him mid-rant and that was that.

Since that day I haven’t got to a point with my illness where I have been physically prepared to end things. I’ve thought about though a lot. I think about it several times a week depending on how things are. But never to a point where I will actually go ahead and try it again.

This is the thing though you see. Suffering with a mental illness isn’t just about feeling sad. Although it is a part of it. It’s all the extra thoughts and feelings and emotions that are all magnified and amplified to such a level that you find getting through each day completely exhausting. Sometimes you just need to find a way of making all the noise stop and the thought of being able to make it stop permanently sometimes proves to be too tempting.

Site & content (C) Copyright 2022. Not to be reproduced without prior permission.